A forums where all the users from Crysandrea can gather while we're experiencing downtime.

Just a reminder that the minecraft server is still open!

Remember that the server is WHITELISTED. Your best bet to being added is to email me. I will check back here now and then.

Also, while you are on, check Link's AMAZING Hyrule castle! Built (mostly) without cheating.

I'm still running 1.4.7 for the server I administrate, but I'll be sure to check in there soon. o: Is DrIntegrity whitelisted?

I DISLIKE THIS "MOSTLY"! Also I'm up to play sooner or later (1.5 is beast, maaan). Did you think about getting some plugins/mods for the server? Maybe making a new map and saving this one so we could keep it/save it on our computers? (I saw link's screens the other day and I was completely astonished akwjfldkss.)

Link did sooooo much without any cheats. He told me he now possesses much less free time and wanted to finish it up.

The whole mod situation is weird given they STILL have not released the official mod interface yet. I have not yet had the time to investigate any in depth yet.

Yeah, I knew he did much without them! As I said, I was surprised. :3

I see! No problem. I just thought it would be funnier to make the server even more appealing/deeper when it comes to "living" in it and not just building, even when you're alone and stuff. But I heard it takes a lot of time/space I think? I'm already glad we have this one up.

I wouldn't be against hosting another server alongside this one. I just haven't had the time to research and get involved with any mods. If you have any you know of, toss it my way, I'll see what I can cook up. Probably a fresh map alongside this one, I already host two servers but one is private.

All right, I'll do some research then. I have never hosted a server myself but I have a friend that might know how to put mods and stuff. I'll ask him and eventually will find some information myself!

Hosting is actually super easy. It is the keeping it up 24/7, bandwidth, and cpu/ram usage on the computer that makes it complex. Not to mention some ISP do not allow you to host "servers." I use a dedicated spare machine for minecraft. I may end up building a new pc when the next Intel processors come out. Debating to make it my new server, or make it my new desktop and turn my old one into the server.

I know hosting is "easy", my brother actually showed me, but what I meant is I never had a free computer and I don't think mine could handle that. It's slowly dying, y'know xD

I suggest you make the new comp your desktop. Would be a shame not to use it. Well not to "use"-"use" it. SEE WHAT I MEAN

It's quite silly, my current desktop is not top-of-the-line in cpu power, but still handles everything I throw at it with ease. Even in the most CPU intense games it never maxes out, and I have my entire taskbar FILLED with various programs running.

I kind of wonder since minecraft is a CPU hog, would it be better to use that extra umph for the server? I mean, not like I can't change my mind and swap them around later. The current server maxes out cpu pretty easily with 5 people on, but we have not had that many on lately. People seem to join then move on fast. We need some sort of a co-op adventure going!

I remember working lots on the manor and the tramway with Banche though. Maybe we should planify an event? We're all going out in hard mode on survival? For like 2-3-4hours?

Edit: Or you could eventually download maps. I have good websites for this.

I suppose it depends what everyone wants to do. I work seemingly random days a work for 2-3 days straight and have no time to play.

One thing I always wanted to do, but never got enough dedicated folk together for, was a shared city building co-op type thing. Not focusing so much on huge castles, but more on humble abodes. I just wish there was something to PUT in such places!

What kind of maps would these be?

Adventure maps, with a storyline you can finish in 1-3h maybe? I mean, if we're going to make punctual events. We could make polls or anything and ask people's opinions.

I'M GOOD AT BUILDING IF YOU NEED HELP. >:V

Is it even active? Or never used? 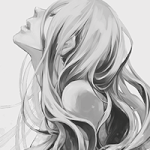 It is active but only a couple people ever sign on. Used to be a lot more but I guess they got bored? Minecraft can get boring if others are not playing with.